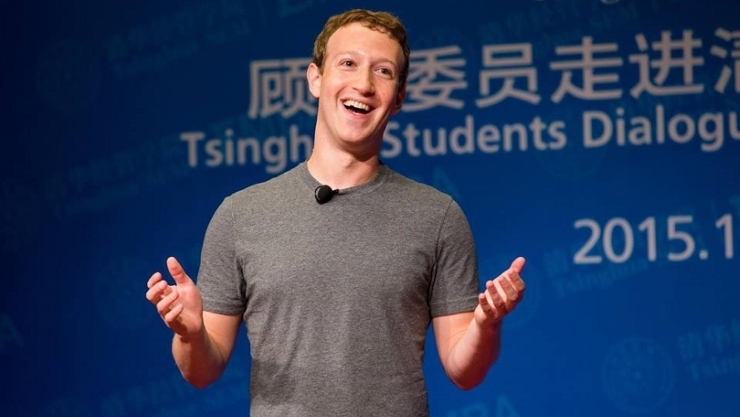 His name's Mark Zuckerberg, and he has powers you can only dream of... unless you learn a foreign language too.

So the BBC are being their usual snarky selves about Mark Zuckerberg’s latest Mandarin exploit – a Chinese New Year speech in, yes, Chinese. Rather than lauding Zuck’s obvious linguistic achievement, Auntie chooses to lead with the insinuation that the whole thing was little more than a publicity stunt to butter up a country in which his company, Facebook, is still blocked by the powers that be.

Hmmm. If the same journalist had been covering the US moon landings back in 1969, I bet they’d have gone with the angle that NASA’s staggering achievement didn’t count because part of the reason Uncle Sam did it was to teach those Russkies a lesson.

Guys, get real. No-one’s denying that Facebook (full disclosure: a company I don’t normally have a great deal of time for) has everything to gain professionally from a charm offensive in China, but isn’t it about time you gave the Big Z a bit of credit for his evident proficiency? Do you people have any idea how much work goes into learning a language to this level?

Putting aside for a moment the fact that Zuck can cite the noblest of all reasons for learning Chinese (that reason is of course “true love”, in the form of his half-Chinese wife Priscilla), I think anyone who puts in hundreds and hundreds of hours of language study – as the man clearly has – deserves our praise rather than our criticism. Facebook could simply have hired all the Chinese PR people it wanted, so – cynical motives nor not – it speaks volumes about the big cheese’s personal commitment (whether to China or to his company’s success – take your pick) that he was prepared to devote hundreds of hours of his own time to the project instead.

And anyway, what’s so wrong with learning a language primarily for professional advancement? Those of us whose native language is English should thank our lucky stars every day that much of the rest of the world is prepared to do just that…

Signguy becomes the message «
Suis-je Charlie? Well, yes and no »