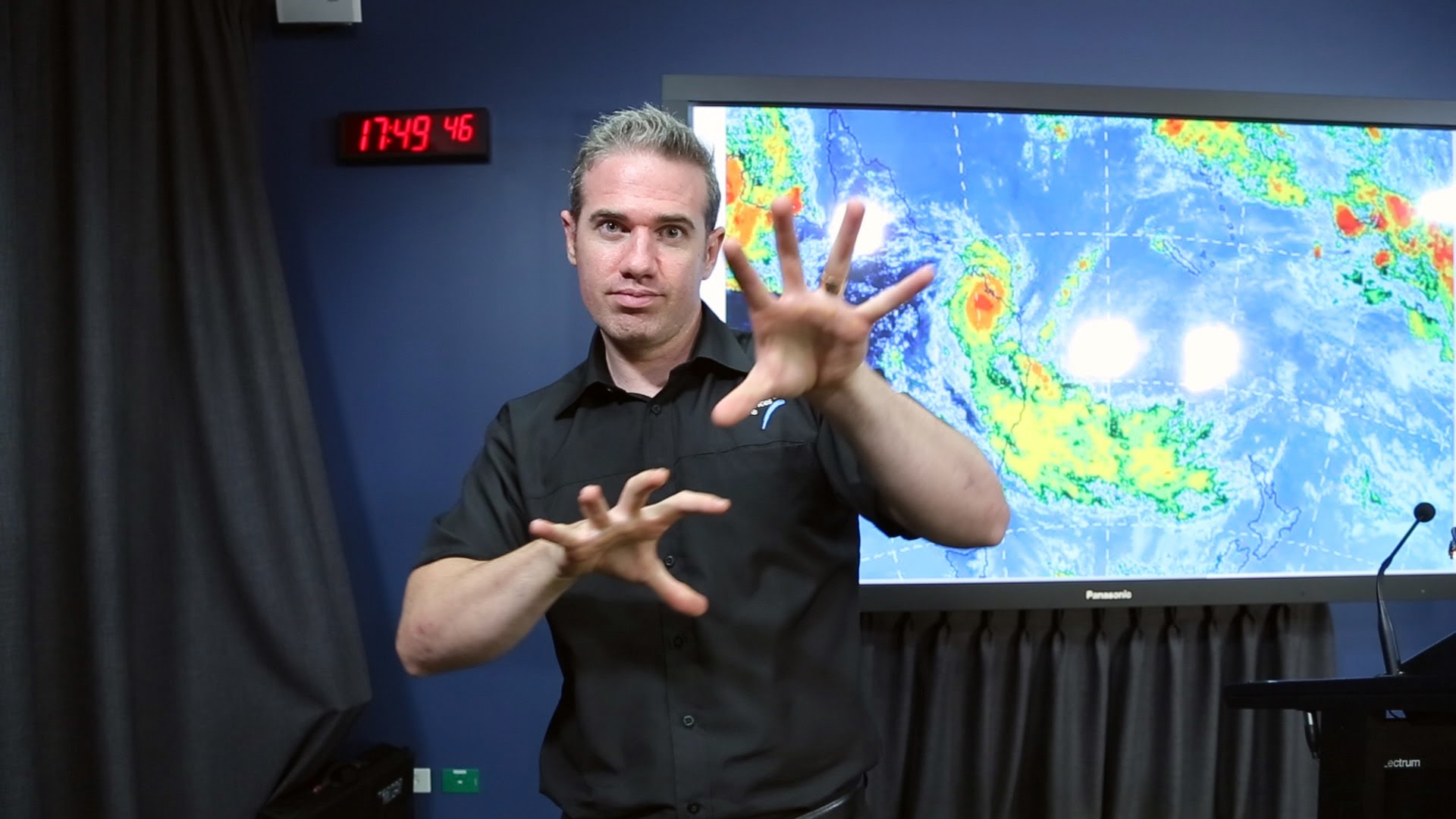 To his mum he's just plain Mark. But to the rest of the world, he's… #SIGNGUY.

In today’s world of intense media scrutiny, it’s almost always bad news when “the medium becomes the message”; e.g. when a public figure wants to talk to you about something, but what actually happens is that you end up talking about the person him/herself, rather than the thing that person was trying to talk about. And indeed it’s been quite a bad week for a hapless few in the public eye – think of poor old Natalie Bennett of the Green Party, and maybe not-so-poor Jack Straw and Malcolm Rifkind. Meanwhile, across the pond in the US, NBC anchor Brian Williams and Fox News commentator Steven Emerson have been taking their fair share of heat of late for some frankly outrageous gaffes.

It’s nice, therefore, to be able to point to a case in which a media messenger – in this case, an Australian Sign Language (Auslan) interpreter called Mark Cave, who the world now knows as #signguy – has hit the headlines for rather more positive reasons following his recent TV appearances. Why, what has Mr Cave done to warrant such attention? He’s only become a viral superstar as a result of his animated delivery alongside Queensland Premier Annastacia Palaszczuk, who was issuing televised warnings about Cyclone Marcia. As the media have been quick to point out, Signguy’s performance may look a little flamboyant if you’re not used to seeing Sign Language interpreters; but in fact, like many other superheroes out there we could mention, he really is “just doing his job”, and such antics are pretty much par for the course among the Deaf community – especially when news of great importance is being communicated.

You can catch all the facial expressions and arm-waving you’re likely to need right here – so it’s over to Mark. Corker, mate! Meanwhile, if you found your way to this post because you’re looking for an interpreter, don’t despair… you’ve come to the right people.