Suis-je Charlie? Well, yes and no 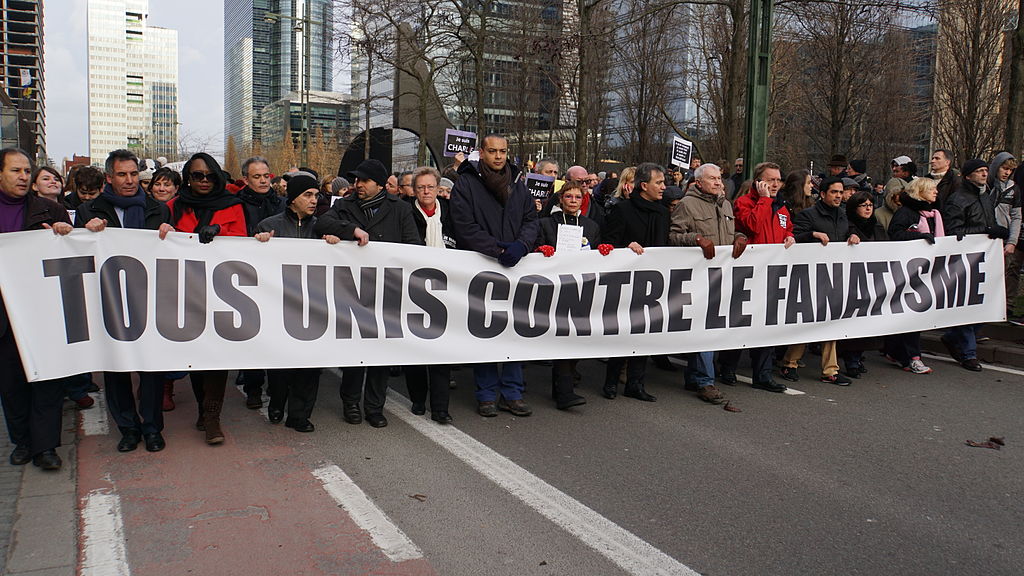 Maybe on the other side it says they're also against lazy English pronunciation...

Watching the wall-to-wall news coverage of the backlash to the recent events in Paris, I was particularly taken by the English-speaking media’s adoption of the « Je suis Charlie » slogan. And it got me thinking…

Firstly, it’s commendable – indeed mandatory – that we should stand in solidarity with the victims of such an outrage. However, if we’re being asked to validate the magazine’s response (publishing an inflammatory cartoon whose main legacy will probably be that it made decent Muslims everywhere uncomfortable about lending their wholehearted support to Charlie Hebdo)… then maybe I’m not quite as much of a Charlie as I’d have liked to be. Sorry, guys.

Secondly (and here comes the linguistic angle), have you noticed how everyone got the pronunciation right? The title of this post should really have been “Suis-je Sharlie?”, if that hadn’t messed up the SEO. But here’s the point: how come we can (correctly) pronounce the French “Charlie” with a “sh” at the beginning, when most of us (including more than half of the BBC’s sports journalists) apparently can’t manage “Van Gaal” or “José”?

Surely it can’t just be because football fans are a bit thick*.

Maybe it’s because most of us were first introduced to the football managers’ names gradually, through a variety of different media (including the printed word and online text), whereas very few of us had heard of “Charlie Hebdo” until we turned on our TVs and radios one day suddenly to be saturated with on-the-ground eyewitness reports (most of which came from people who knew how to pronounce the name, of course). If so, does that mean that the BBC’s sports department are a bit thick for not teaching us the footie blokes’ names correctly from the start? I’m not knocking Auntie’s marvellous Pronunciation Unit, who’ve been heroically fighting a losing battle for ages in this area, but shame on the rest of you.

Come on, people of Britain! “José” really isn’t that hard – just saying an “h” instead of a “j” makes all the difference. And if you’re Scottish, you have no excuse for not getting at least a bit close in the case of the “g” in “Gaal” (think of the “ch” in “loch”). I’m not asking for perfect pronunciation, but a rough approximation would be nice…

* Although that would of course explain some of it.