Language tips from the Dulwich Boys 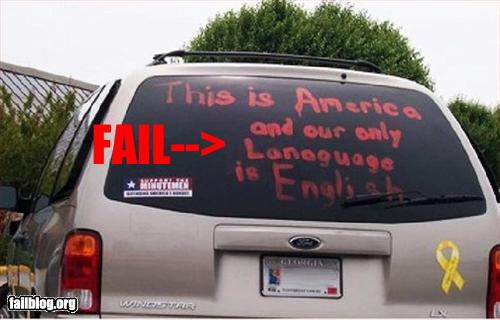 Of course, it’s not just the British who are guilty…

A fascinating BBC article yesterday told the story of the “The Dulwich Boys” – a group of, well, boys pressed into service by the British War Office to learn Japanese in a hurry when Japan invaded Pearl Harbour in 1942. Because “learning exotic languages [had not been] a priority for imperial Britain in the 1930s”, the Japanese attack had left the UK with (if you’ll forgive the image) its linguistic trousers around its ankles, once again demonstrating why the phrase “military intelligence” is an oxymoron.

The story of how the School of Oriental and African Studies (SOAS) took up Blighty’s challenge and actually pulled off the feat of bringing a number of willing learners up to the required standard in a relatively short space of time is a fascinating one (as is the sequel about how those skills were actually used), and I heartily commend it to you. However, I was intrigued by the obvious linguistic parallels between the British Empire in the 1930s and the increasingly globalised world in which we live today.

Are we guilty of assuming, now as then, that there’s no need to invest in foreign languages because English is all we’ll ever need to get by? We’ve reported on the possible security consequences of such short-sightedness in the past, but the potential commercial impact is obvious too. The demand for professionals with high-level language skills isn’t going away anytime soon – but what is vanishing is our ability as a nation to satisfy that demand.

We’ve said it before, but a great way of getting yourself to the front of the jobs queue in a highly competitive and global market is to make sure your linguistic skills pass muster. The Dulwich boys did it – and so can you. Get in touch with us today (red button above, or phone 0118 934 6000) to find out how we can help.