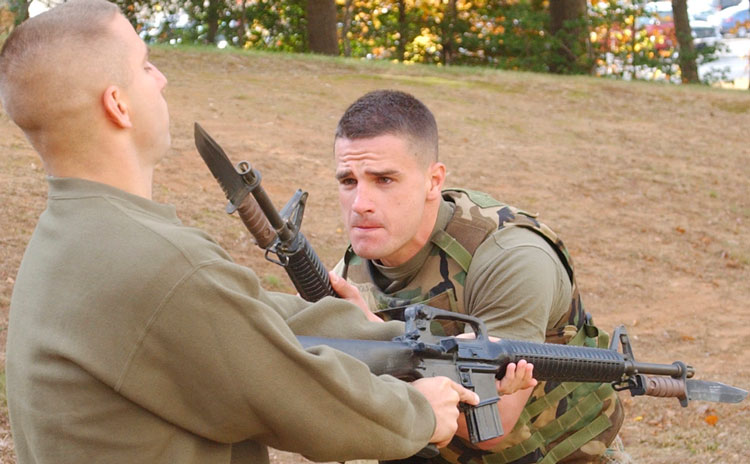 Watch it, this knife is loaded!

I spotted the following link, and its related headline, recently on the Grauniad’s website… and for once, it wasn’t the spelling that made me laugh. 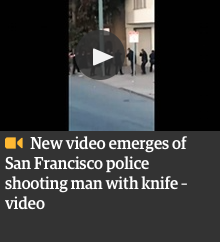 Prompting the obvious question… how exactly do you shoot someone with a knife? As a headline, it’s right up there with “Passengers hit by cancelled trains”, “Post Office supervisor charged with battery”, “Fury at Charles’ 110mph let-off” and “Man suspended from work in probe”, to name but a couple of fairly polite ones.

Ho, ho, indeed… but this is a blog about language, and so it’s my job to inform as well as entertain. What do you call gnomic contractions such as these? Well, they go under a variety of names. A phrase that leads you to assume one meaning at the start, but forces you to reassess your understanding by the end, is known to linguists as a paraprosdokian or “garden path” sentence (as in “led down the garden path” = “tricked”). For example, Douglas Adams’ famous description of travelling through hyperspace: “It’s unpleasantly like being drunk.” – “What’s so unpleasant about being drunk?” – “You ask a glass of water.”…

However, that’s not exactly what we’ve got here. Far from being carefully crafted for comedic purposes, the hilarity in the original headline (and my subsequent list of examples) is almost certainly an unintentional snafu occasioned by tight press deadlines and/or limited space. So that means we’re dealing with something that has traditionally been known as “syntactic ambiguity”, but is more often referred to nowadays as a “crash blossom”. Why? Google will tell you, o curious one. And it’s an interesting story too.

The disappointment of fictional words «
Norwegian newsflash: Santa not dead »