Robertson Languages > Language > Why being multilingual is good business sense

Why being multilingual is good business sense

When it comes to etiquette, there’s an old but relevant adage: good manners cost nothing. A lack of language skills, however, costs a high price — and British business is paying it.

According to research by the now dissolved Department of Business, deficient language skills and the presumption that international business partners will speak English costs the UK economy in the region of 3.5% of GDP.

At the moment, only one in three Britons can speak another language. And, little-by-little, that deficit is getting bigger.

In a 2016 review of language teaching in English secondary schools, it was reported that only 34% of pupils obtain a good GCSE in a language — with less than 5% doing so in more than one. Adding insult to injury, the number of pupils taking GCSE language exams dipped by 7.3% in the year before last.

But instead of waving goodbye to the languages, pupils and professionals alike should embrace them — especially in the world of business.

The UK government’s vision for post-Brexit Britain is of a global country; one which is unafraid to reach out to the rest of the world and do business with it. To achieve this, however, businesses will have to speak the language of localisation.

English is not, and should not be, the only medium through which companies do business. By employing staff who are multilingual, and by helping employees who aren’t to learn a new language, companies can turn their attention from a domestic to an export market.

“Our clients are usually working for multinationals but that doesn’t necessarily mean that they’re brilliant in English,” says Sylvia Laws, the founder of specialist global PR agency Technical Publicity.

“This slows them down enormously. It’s hugely helpful if we can ring them up and talk to them in their own language and understand where they’re coming from.”

Businesses can achieve a great deal if they can (quite literally) speak their clients’ language. The opening of a fluid channel of communication helps the customer feel at home — and what better service could a business provide? 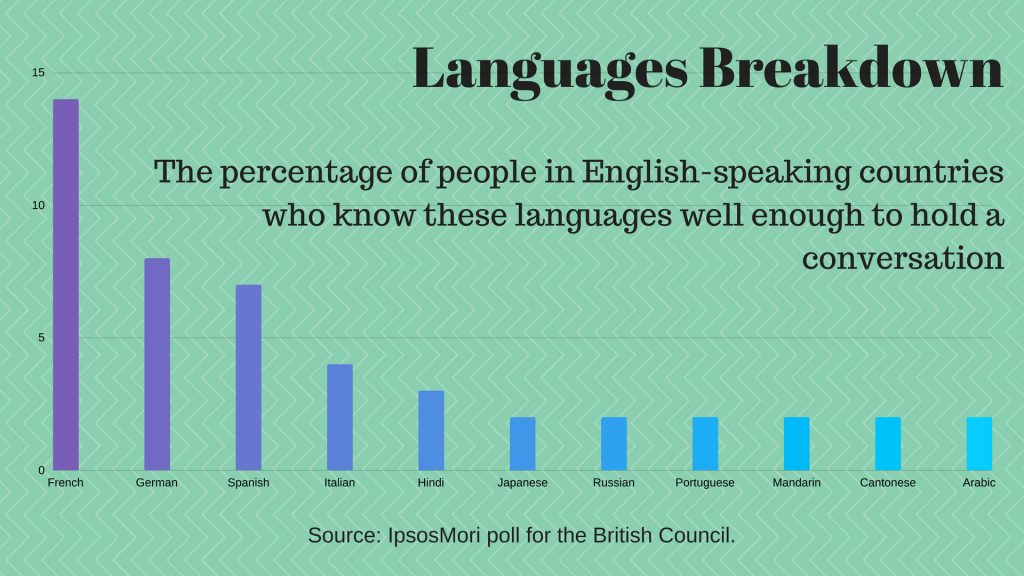 The harsh reality is this: English is no longer the universal language of business. Therefore, in this world of increased digitisation and globalisation, language skills are vital to business growth and survival.

In Persian, one of the many ways of saying thank you is daste shomâ dard nakone – which directly translates to ‘may your hand not hurt’. It’s traditionally used in restaurants to thank a chef for their hard work. But it’s equally applicable here.

Human beings appreciate it when their needs are accommodated — when they feel as if they’ve been clearly understood — and that is as true in France as it is in China, Italy as it is in Iran, etc.

And with only 23 languages accounting for more than half of the world’s population, learning a new language can really pay off.

If you want to find out more about our cultural awareness training courses please get in touch.

How to keep motivated while working from home «
Our Vendor Manager Adrian Asks: What’s the damage? »