The (Swiss) kiss of death 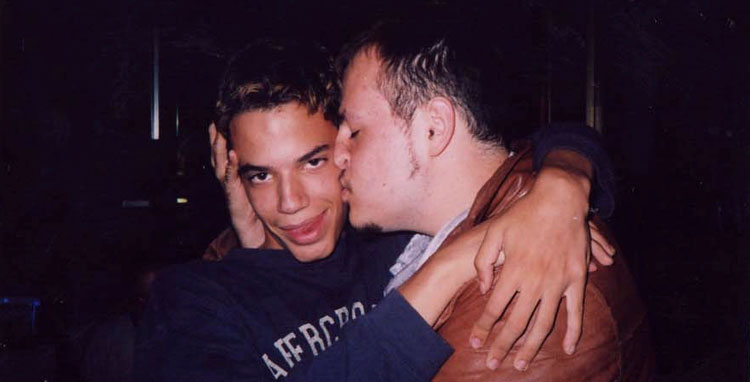 Yes, I know exactly how you feel.

My Swiss relatives were over in Britain for a family occasion last week. It was great to see them, but it once again raised the dread question… how many kisses is the right number?

Thanks to my Mum’s fascination with all things Gallic, I was brought up in a house that always seemed to contain more than its share of French people – and as a result, I probably have a higher tolerance for being kissed by unknown men than most blokes I know.* Well, most British blokes, anyway. Anyway, I always reckoned that about two kisses was the limit to what civilised people should have to put up with… but my Swiss relatives always point out with glee that three is the norm in parts Helvetian.

I suppose three kisses isn’t so bad once you’ve got into the swing of things, but the first meeting is always fraught; you’re just assuming a businesslike expression after what you think is the end of the ritual when your opposite number lunges at you an unexpected third time and ends up planting a smacker on the side of your swivelling head. Maybe it wouldn’t seem so bad if it wasn’t members of your own family.

Consequently, I was rather tickled this week to discover that a British comedian living in France has experienced the same kiss-related problem… and an even greater variety of numbers of kisses than even I’ve experienced. And, as his video shows, he has very definite views on how many times is too many.

I wonder if I could persuade him to pay a visit to Lausanne to sort out my relatives?

* Don’t get me wrong – I’m not actually saying I enjoy it or anything.