Shortage of language skills is holding UK sport back

It’s official: in the world of UK sport, we’ve reached that magical time of year when the calendar grows more hectic by the day.

As the Premier League kicked off last weekend, all the teams and players involved had their eyes fixed firmly on those all-important first three points of the season. There’s one specific group of people, however, who would’ve been particularly anxious about making a good impression.

Players who’ve recently moved to the Premier League from overseas often feel a huge of amount of pressure to perform well on the pitch as well as off it.

To help them acclimatise, foreign players need to endear themselves to their teammates, coaches, managers and supporters: an endeavour which would be doomed to failure without a common language.

Mobility is the life blood of UK sport. The ability to compete in different countries around the world is crucial nowadays, and, as a result, the importance of multilingualism has grown in conjunction with the industry.

But to many of the young people who’ve poured their entire lives into sport, learning a foreign language can often come last on their educational agenda.

Take Ian Rush, for example. At the age of 26, the legendary centre forward made the move to Italy without knowing a word of the language. 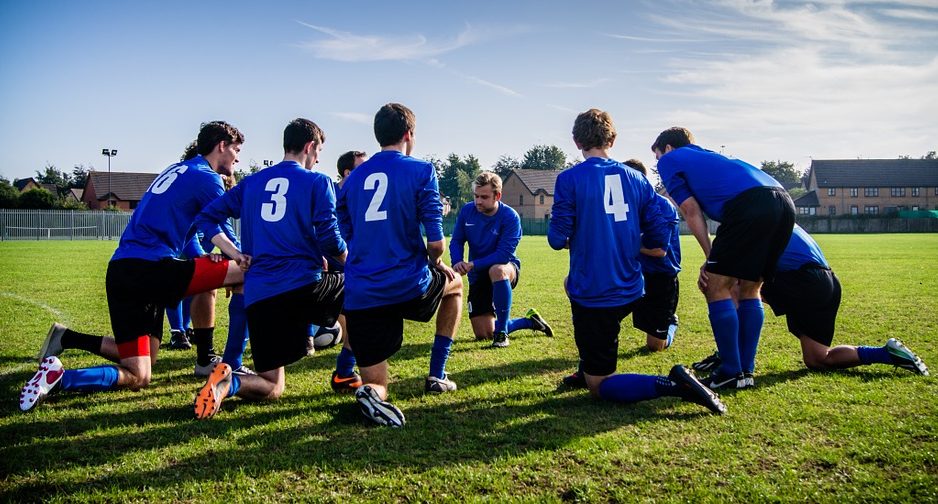 “I must admit I feel a bit lonely,” he admitted at the time. “I miss all the things I was used to in Britain: my friends, my family, especially my brothers. I’m trying hard to learn Italian but unfortunately, I can’t yet speak properly with my teammates.”

Over thirty years have passed since the former Welsh international said that, but the same shortage of language skills still exists. Rush’s fellow countryman, Gareth Bale, has faced tremendous criticism for failing to get to grips with Spanish.

Having first arrived at Real Madrid five years ago, Bale has rarely ventured outside of the dressing room to carry out press duties in the language of his adopted homeland.

“It’s very sad that with all the time he has been in Spain, he doesn’t know how to speak the language,” says the former Madrid manager, John Toshack.

“If you are going to play in another country, at least you have the obligation to try. People will always think better of you if you make the effort.”

Exceptions to the rule do exist, however. Prior to his retirement, rugby legend Jonny Wilkinson became a bastion of language learning — a fine example of multilingualism in a sport dominated by monoglots.

He moved to France to play for Toulon in 2009, and immediately immersed himself in the language. “The onus is on the player to get up to speed very quickly,” he told the BBC back in 2012.

“If you really want to get to know people, really enjoy the true experience of being in a foreign country and working abroad, you have to be able to converse in that language. It’s imperative, especially in rugby, for you to get to know your teammates and get to understand what they’re saying.”

In the eyes of commentators like blogger Ta-Nehisi Coates, learning a language can be very similar to playing a sport. It’s simply not enough to memorise the words, as you have to train your mouth to say them.

The only question left to ask, then, is what kind of relationship will the sporting stars of the future have with foreign languages?

A brighter future for language learning in UK sport

In a 2016 interview with the British Council, Martyn Heather, Head of Education at the Premier League, suggested that learning a language can help prolong careers and give younger people more opportunities to develop in the world of UK sport.

He said: “A lot of the foreign players who come here have to learn English because that’s the language of the changing room. Communication is an integral part of being in a team, so speaking the language is essential.

“I tell young players that if they were to play abroad, they’d be expected to learn the language, although some will say that they’ll just speak English. So the challenge is trying to change that perception and show that not speaking another language is going to set them back.”

Everybody involved in UK sport should bear in mind the complexity of relocation, and should look to those who’ve failed to settle in because of the language barrier as an example of who not to emulate.

By not fully embracing the culture and the language of their new home, great opportunities are often missed: sabotaged by the very people who should be embracing them.

One quote which has been falsely attributed to Ian Rush over the years reads: “’I couldn’t settle in Italy, it was like living in a foreign country.” Though he denies having ever said it, this fabricated phrase does perhaps go some way to capturing the complacency with which sport stars, past and present, have treated foreign languages.

The time has come, therefore, to change the tactics.

If you want to find out more about our foreign language training courses please get in touch.

This website uses cookies to improve your experience while you navigate through the website. Out of these, the cookies that are categorized as necessary are stored on your browser as they are essential for the working of basic functionalities of the website. We also use third-party cookies that help us analyze and understand how you use this website. These cookies will be stored in your browser only with your consent. You also have the option to opt-out of these cookies. But opting out of some of these cookies may affect your browsing experience.
Necessary Always Enabled

Any cookies that may not be particularly necessary for the website to function and is used specifically to collect user personal data via analytics, ads, other embedded contents are termed as non-necessary cookies. It is mandatory to procure user consent prior to running these cookies on your website.